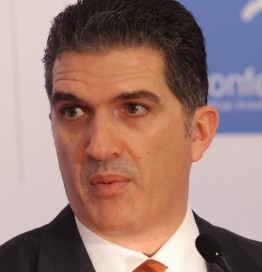 George Drakopoulos, is the President & CEO of tourism generis, a “supporting decision-makers” company. He is also Special Adviser to the Secretary General of the United Nations World Tourism Organization (UNWTO) and former Counselor in the European Economic and Social Committee (2010-2015).

Delivered speeches and presentations in more than 300 national and international conferences, while he has  produced 38 studies / publications and 650 articles about Tourism.

Holds a MSc in Tourism Studies from the University of Surrey, UK. He has also studied Tourism Management, TEI Athens, GR and trained in Hotel Management in Glion, CH.

Specialized in lobbying for Tourism and Public Private Partnerships in Tourism Development.

Panel discussion: the potential of the Chinese market